Estonian Film Screening: To Breathe As One 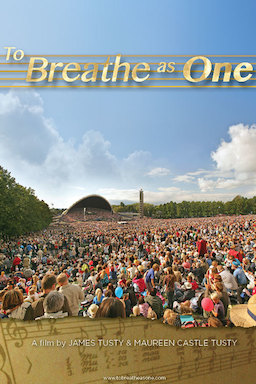 From September 16 through November 4, the Liriodendron Foundation is hosting “Relationships” – the first ever international art exhibit to be held at the historic Liriodendron mansion. Featuring paintings, drawings, sculptures, and textiles from artists in Bel Air’s sister city, Narva, Estonia, along with a photo exhibit and silent film depicting life in Estonia in the early 1900s, the exhibit celebrates Maryland’s deep and rich history of cooperation with Estonia.

During this time, the Liriodendron will screen two documentary films which explore the significance of music in Estonia’s identity and independence.

The second of these films – “To Breathe As One” – follows the California-based Piedmont East Bay Children’s Choir as its members prepare to participate in the Estonian song festival, Laulupidu, and discover the unique role the song festival has played in Estonian history and its independence.

The film will be hosted by Slava Konovalov, Direktor of the Narva Pähklimäe Gymnasium school and former Deputy Mayor of Narva, along with members of the Bel Air – Narva Partnership Committee. Q&A will follow the film

Suggested donation $5 – Please contact info@liriodendron.com or call 410-879-4424 for more information or to reserve your seat.