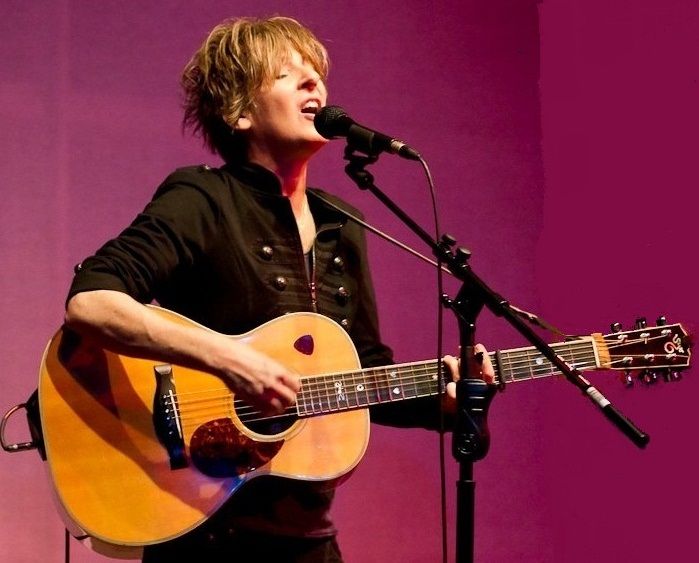 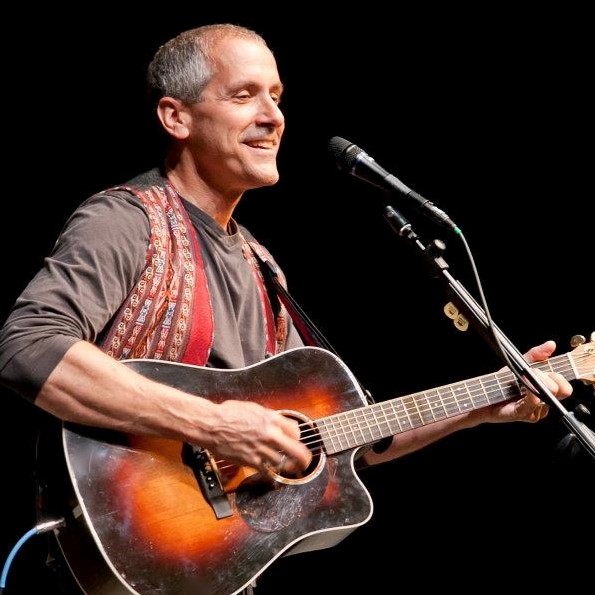 by Liriodendron Staff | Mar 8, 2021 | Music at the Mansion, Online Event, Past Events, Performance

The Liriodendron Foundation is excited to open its 2021 Music at the Mansion concert series with Singer, Songwriter, and Storyteller David Roth in a free online concert on Sunday, April 11 from 7 to 8 pm.

David Roth strikes many chords, hearts, and minds with his unique songs, offbeat observations, moving stories, sense of the hilarious, and powerful singing and subject matter.

David’s songs have found their way to Carnegie Hall, the United Nations, several Chicken Soup for the Soul books, the Kennedy Center, NASA’s Space Shuttle “Atlantis”, Peter, Paul, & Mary and Kingston Trio CDs (and 15 of his own), 5 Positive Music Awards, the “Rise Up Singing” and “Rise Again” songbooks, and countless venues in this and other countries for three decades.

We are thrilled to have David back and playing for the Liriodendron Mansion again!  Join us for an unforgettable evening of song and story.

The concert will be shown for free on Zoom and Facebook live: 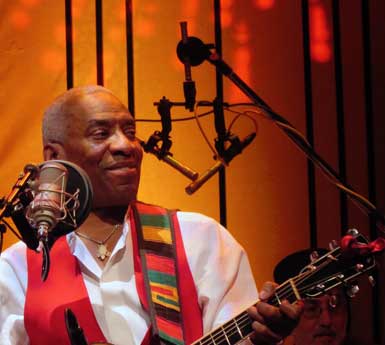 The Liriodendron Foundation is excited to present Reggie Harris in a free online concert as part of our Music at the Mansion series on Sunday, October 25 from 7 to 8 pm.

Reggie Harris is an innovative guitarist, a fearlessly creative vocalist, and an engaging storyteller whose concert performances are infused with joy. It’s clear to all that he deeply loves singing and that it is more than his work. But that’s not all.

Uniquely committed to “music as a community building vehicle,” Reggie’s music shares insightful perspectives on issues of  life, history, education and human rights. In the spirit of his mentors, Pete Seeger and Dr. Bernice Johnson Reagon, (founder of Sweet Honey in the Rock), Reggie is a master songleader who loves to help people discover that they can make a difference at any age, wherever they may live.

A songwriter of great depth and passion, Reggie Harris writes from a personal sense of mission that merges a world wise point of view with a singularly hopeful stance that life, though often challenging, is filled with possibility and hope. His songs reveal thoughts about life and love and some of the deep aspects of the human experience and cover topics from his own personal journey to world issues and history.

The Liriodendron Foundation is thrilled to present Tret Fure in a free online concert as part of our Music at the Mansion series on Sunday, October 11 from 7 to 8 pm.

Tret has been in the business of music for 50 years. She started her career at 19 as the guitarist and vocalist for Spencer Davis, touring with him and penning the single for his album “Mousetrap”. She went on to record her own album in 1973 on MCA/UNI Records, with the late Lowell George of Little Feat as her producer.

Over the course of her career she has worked solo and as a duo with Cris Williamson, releasing 3 CDs together. She is also an engineer and producer working with many artists across all genres.   She recorded with and produced some of the best of women’s music including the legendary “Meg & Cris at Carnegie Hall” (1983), as well as 3 of Cris’s solo works..

She has released 16 albums through the years and is currently in the studio recording her 17th album, “Stone by Stone” which is scheduled for a November release and is proving to be her best work yet.

As well as her performance work, Tret teaches guitar and songwriting, paints pet portraits on commission, and is president emeritus of Local 1000, the traveling musicians union.

Travel the Underground Railroad through this adventurous virtual experience with the courageous Harriet Tubman, brought to life by Janice Curtis Greene – the preeminent living biographer of Harriet Tubman.

Event will be presented online via Zoom on Sunday, August 30 from 4 to 6 pm. Q&A will follow the performance. Admission is free of charge, but tickets are required.

All donations will support the non-profit Liriodendron Foundation and the Historic Hosanna School Museum.

Visit https://www.eventbrite.com/e/virtual-event-the-liriodendron-foundation-presents-harriet-tubman-tickets-116650830775 to reserve your spot.

Janice Curtis Greene is an award-winning Master Storyteller and author, an American Griot. She has been telling African, African American and Multicultural stories for over 25 years. She is President and Life Member of the National Association of Black Storytellers (NABS) and Past President and Life Member of the Griots’ Circle of Maryland, Inc. Mrs. Greene also serves as a Commissioner on the Governor’s Maryland Commission on African American History and Culture.

Mrs. Greene can be contacted via her web-site: www.janicethegriot.com

Event made possible in part by grants from The Dresher Foundation and from Harford County. Hosted by the non-profit Liriodendron Foundation, Inc. in partnership with the Hosanna School Museum and the Historical Society of Harford County.